The 618 mid-year shopping festival is the second-biggest shopping festival in China. As a nationwide marketing campaign launched during the post-COVID19 period, 618 2020 has taken on special significance this year as a surrogate metric for consumer confidence and a measure of economic recovery in post-Covid China.

CHANDO was founded in 2001 by the JALA Group, also had a unique journey during this festival and performed despite severe competition. Its sales volume on the main channels increased by 33% year-on-year, and it was the NO.1 domestic cosmetic brand on JD.com [1]. Its masks sold nearly 20 million units, among which its new product, went viral online and sold 530,000 units [1]. Its star product, little purple bottle (essence), sold 90,000 bottles while the Tmall exclusive “little purple bottle gift box” sold out [1].

The number of its Tmall Official Flagship Store’s members reached 16 million, increasing by 275% [1]. The brand also has the highest number of JD POP fans in the cosmetic sector. Its fan numbers on other social media are also competitive [2].

What did CHANDO do to record such stellar sales?

As a cosmetic brand with a 19-year history, it is no doubt that CHANDO has a well-developed product portfolio. However, it mainly promoted three products during the shopping festival.

The first is its new product, Fullerene Brighten Mask, aka Small Bulb Mask. This product made its debut in 618, and its primary selling point is “Black Tech,” referring to its ingredient, fullerene, and its graphene mask cloth. CHANDO suggests consumers’ skin will shine like a bulb after using this facial mask, so its nickname is the Small Bulb Mask.

The second is Little Purple Bottle (Essence). This product claims to contain nicotinamide, yeast, and haematococcus Pluvialis, and its main function is anti-aging. The ingredients and the function align with demands for anti-aging products formulated with ingredients backed by strong scientific evidence.

The third product is a crossover lipstick product made in collaboration with Bilibili, a popular Chinese video/social media platform.

2)       Focus on promoting just a few select products (mentioned in 1) since promoting too many products can distract potential consumers, and also waters down the marketing budget for priority products.

3)       The popularity of star products can attract enormous traffic for the brand and then drive sales of other products. Data shows that although CHANDO mainly promoted three products, its old products also sold well during the festival.

Besides innovation and careful choice of products, what did CHANDO do in marketing?

During the 618 shopping festival, CHANDO cooperated with eight brands covering 3C, food, and clothing categories. CHANDO collaborated with these brands’ live stream rooms to introduce products and share traffic. It even worked with a night club opened by its spokesman, Zheng Kai, to hold an online dance party for its fans in its live-stream room. 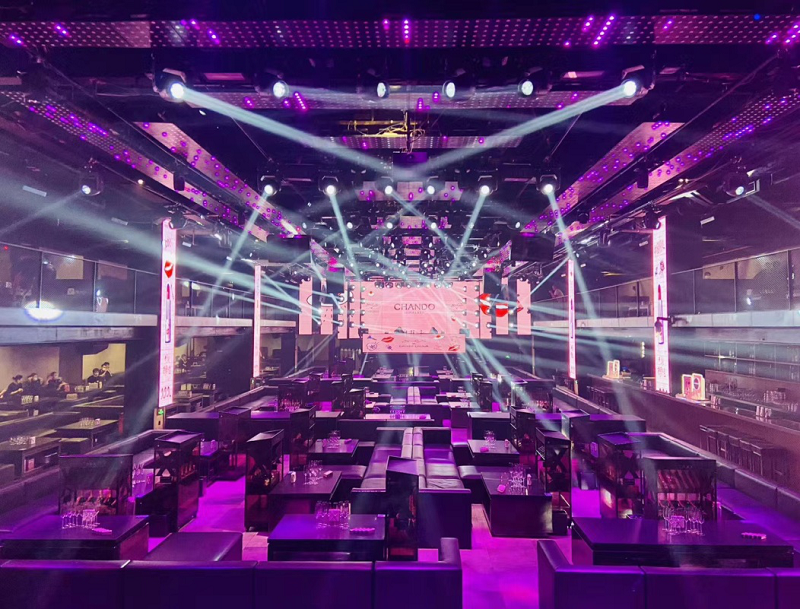 Cooperate with the Night Club

Livestreaming was a popular marketing strategy during this year's shopping festival, and the method was used heavily by Chando to excellent effect. During the entire 618 periods, CHANDO held many live streams on its official store, with a total of 30.24 million viewers [3], ranking the first on Tmall Domestic Cosmetic Live Stream Day. The CEO of JALA Group (CHANDO’s parent company) showed up in the live stream to endorse this brand. Besides holding its own live stream, CHANDO also showed up in almost all famous live stream rooms, including top live streamers’, Austin Li’s, Viya’s, Zhang Mofan’s, and mainstream media’s, Xinhua Agency’s, People’s Daily.

CHANDO in Austin Li’s live stream room, together with Austin were two entertainers from the most popular reality show

For the two leading e-commerce platforms, Tmall and JD, CHANDO specially promoted a little purple bottle gift box. On Tmall, this product was picked by Heybox to recommend to consumers. Heybox is an AI assistant product launched by Tmall in 2017. It used AI and Ali big data to search for new products launched worldwide in the last 30 days and recommend quality products to consumers on Taobao and Tmall. Products picked by Heybox represent a quality endorsement by Tmall and are more likely to be trusted by consumers, which is the main reason why CHANDO gift boxes were sold out quickly in the 618 festival.

As an old cosmetic brand, CHANDO got an excellent grade in this year’s 618 shopping festival. There were several elements to its successful strategy, which can also be used by other cosmetic brands looking to succeed in China. By learning Chando's 618, maybe you and your brand can succeed during 2020 11.11.