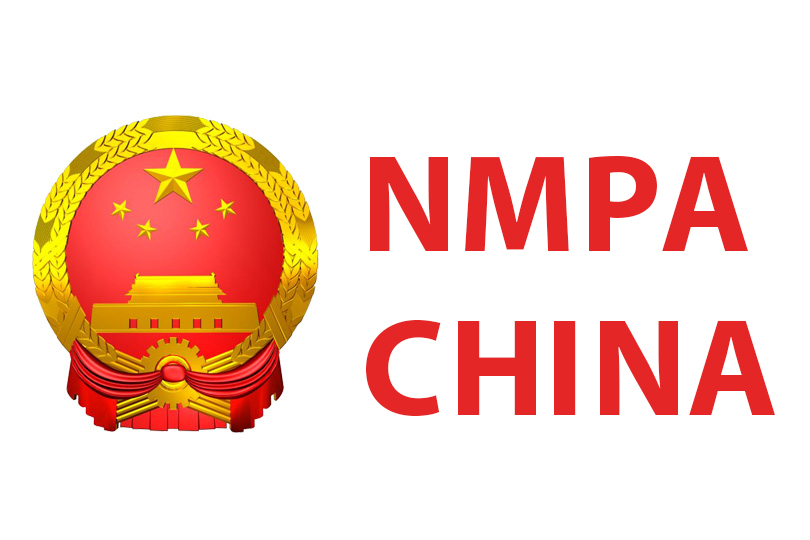 On January 10, 2019, National Medical Products Administration released the first collection of answers to the common questions about cosmetics supervision and management. The answers specify that “medicated cosmetics” and “medical skin care products” are banned claims. EGF is also banned from use in cosmetics including any labeling/advertising. Common questions about imported non-special use cosmetics are also answered in the collection.

Oligopeptide-1 is included in IECIC 2015, and is generally used as a skin conditioner. Human oligopeptide-1 is not in IECIC 2015 and is generally used in the medical field. The clinical indications are external treatment for burns, wounds and surgical wound healing. EGF can accelerate the growth of transplanted epidermis. Due to the large molecular weight, EGF is more difficult to be absorbed under normal skin barrier conditions. Once the skin barrier is broken, EGF may cause safety problems. So EGF shall not be used as a cosmetic ingredient based on considerations of effectiveness and safety. Any cosmetics using or claiming to use EGF (in Chinese: 人寡肽-1) are illegal products in China. 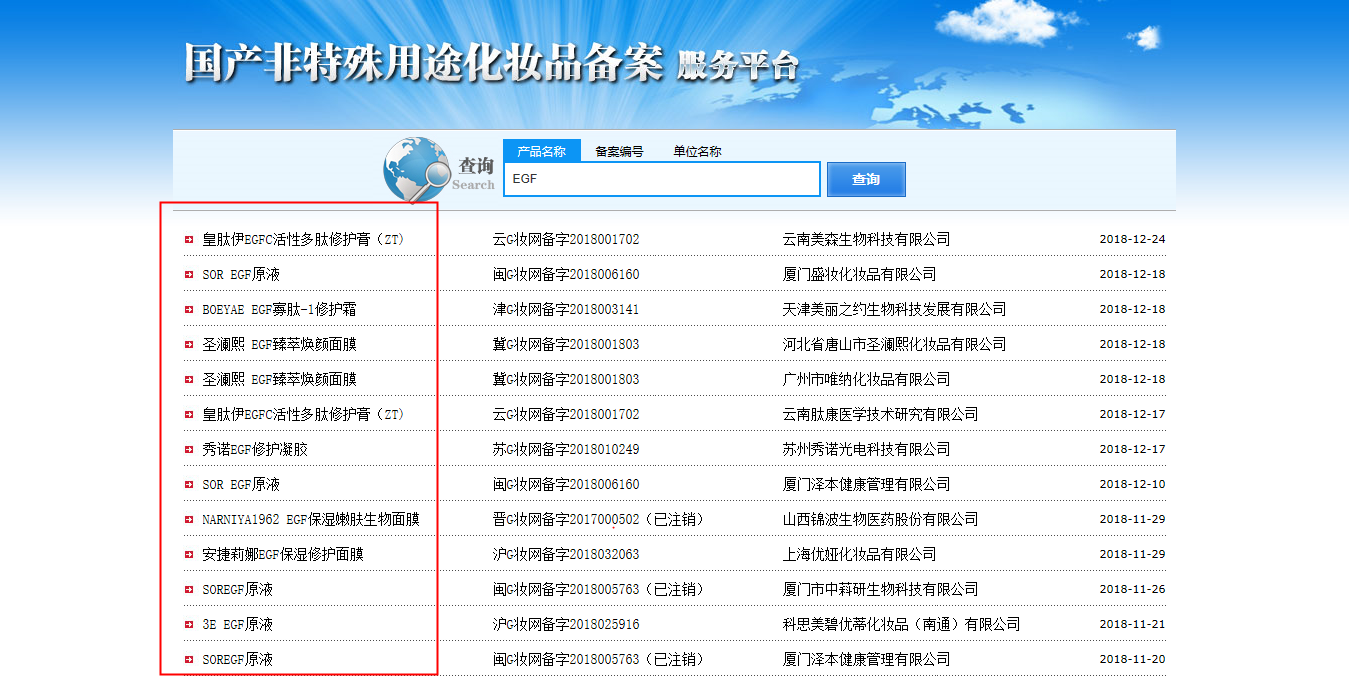 Among the domestic filed general cosmetics on NMPA filing system, there are still many products’ names contain the word “EGF”. These products’ names are waiting to be modified. Most of the cosmetic products sold in Chinese market claiming EGF (illegal) actually contain oligopeptide-1 (legal). 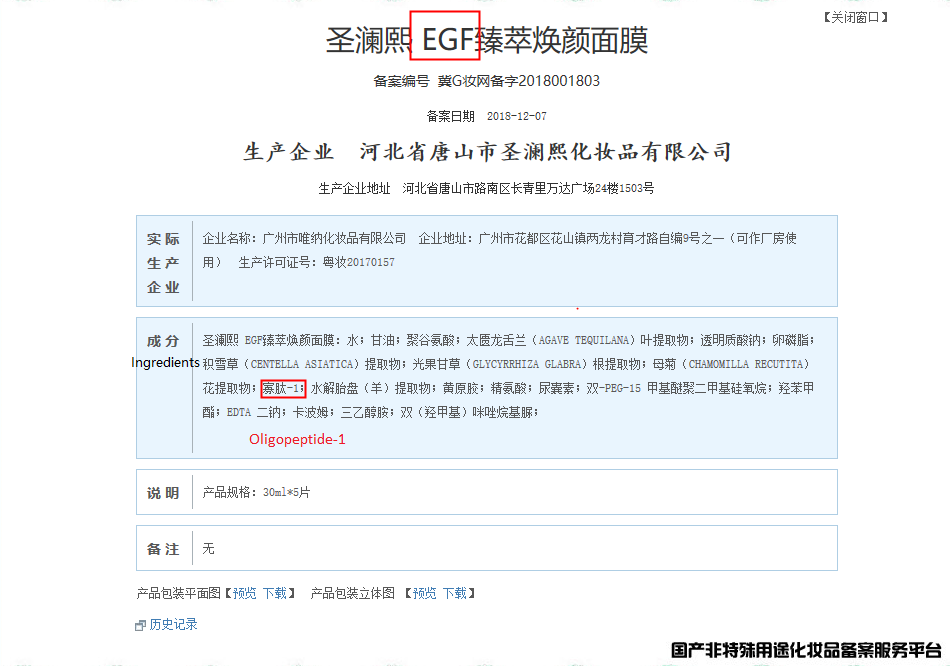 2. The ingredients such as stabilizers, used to protect other ingredients may not be labeled on the product packaging

Regulations concerning the Hygiene Supervision over Cosmetics 1989 stipulated that cosmetics label, packaging or instructions shall not be marked with indications, shall not claim curative effect, use medical terminology, or advertise medical effects. For products registered or filed as cosmetics, “Medicated cosmetics” (药妆) and “Medical skin care products”(医疗护肤品) are not allowed to be claimed.

1. There is no validity period for imported non-special use cosmetics, but RP is required to report the production and import of cosmetics, market sales and adverse reactions monitoring condition through online filing system every year.

2. Domestic responsible person intending to import a filed product from more ports outside of designated location is required to supplement relevant information about the new import port and the consignee through online filing system. Import port supplementary does not need review, but if the competent authority finds RP never import products from the new port, the account of RP will be frozen.