EU SCCS Finalizes the Scientific Advice on Triclocarban and Triclosan

On November 4, 2022, EU Scientific Committee on Consumer Safety (SCCS) released the final scientific advice on Triclocarban (CAS No. 101-20-2) and Triclosan (CAS No. 3380-34-5) in cosmetics. 1 Compared to the preliminary version released in this March, the final advice further clarifies the applicable consumers in different use conditions of these two ingredients, as well as additional concerns regarding their use in cosmetics.

Endocrine disruptors (EDs) are chemical substances that alter the functioning of the endocrine system, and consequently produce adverse effects upon the health of humans and animals. Under Regulation (EC) No 1223/2009, substances identified as EDs are subject to the general safety assessment of SCCS. In early 2019, the European Commission established a list of 28 potential EDs. Since both Triclocarban and Triclosan have been put on this list, SCCS conducted assessments for them, and released the scientific opinion to guide their safe use.

Based on the assessments in consideration of all available information, including the potential endocrine effects, SCCS considers the use of Triclocarban and Triclosan in cosmetics is safe when the following use conditions are satisfied: 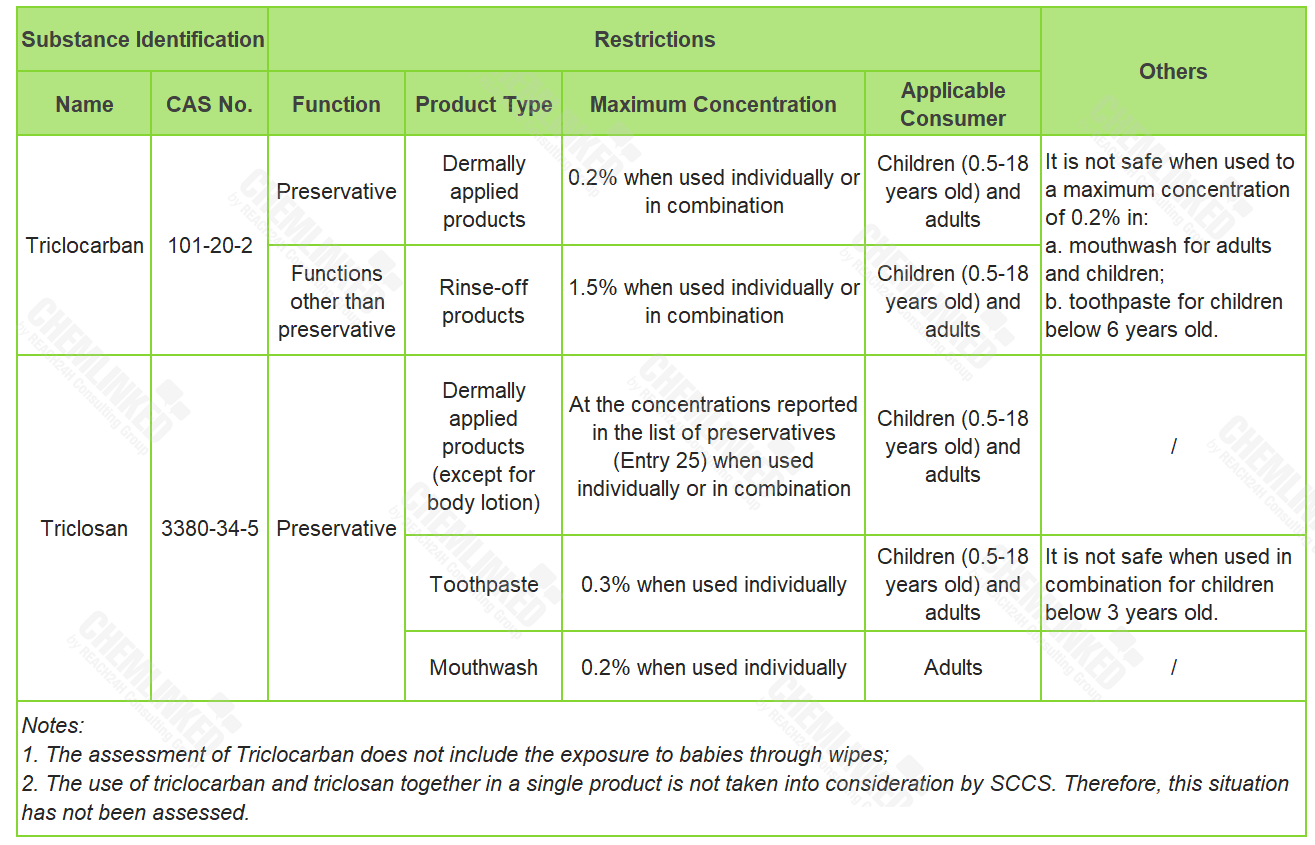