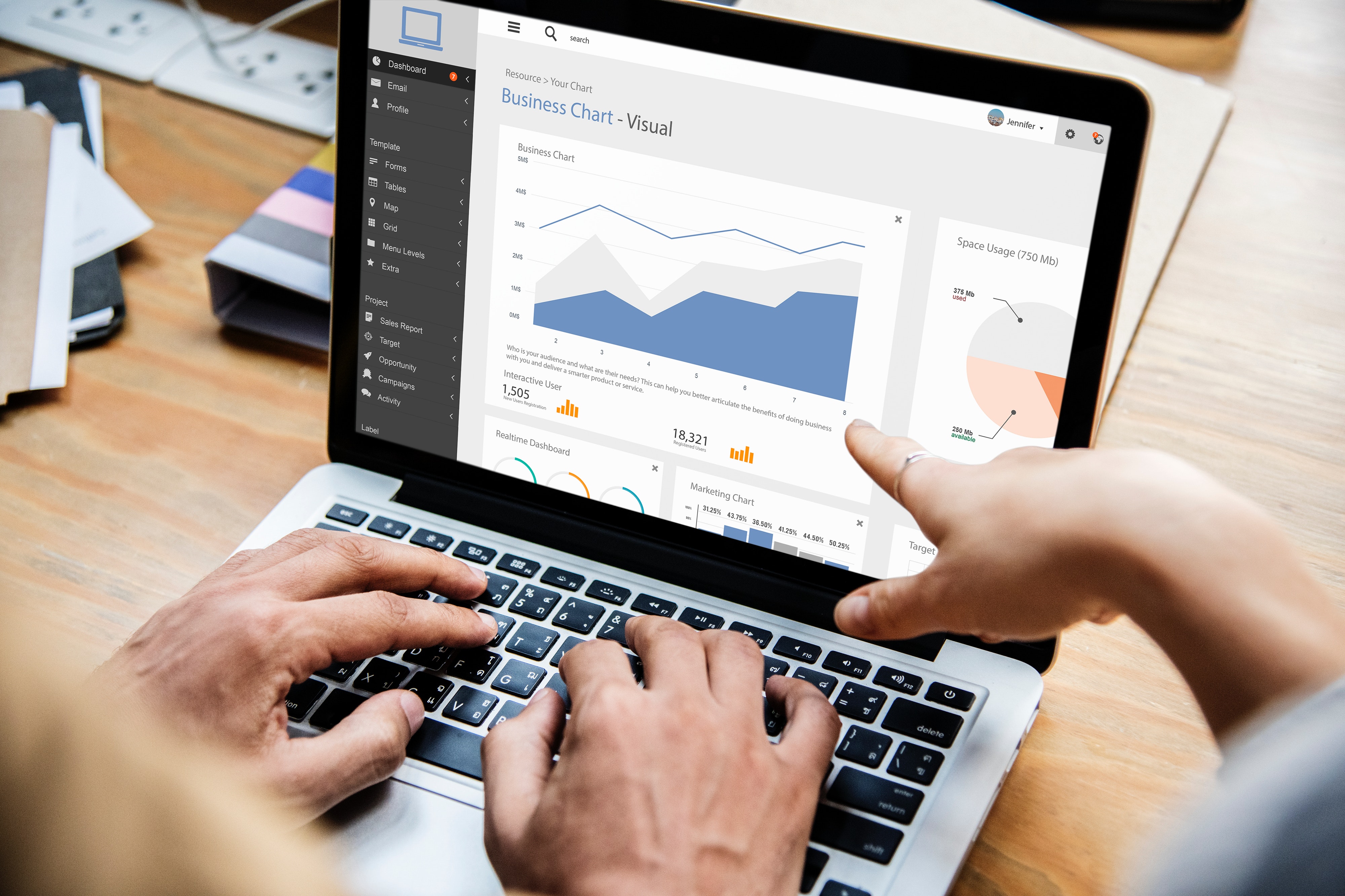 The registration of two imported new cosmetics ingredients (hereafter referred to as NCI) were approved in 2020.

2. Investigation and Handling of Non-compliant Cosmetics 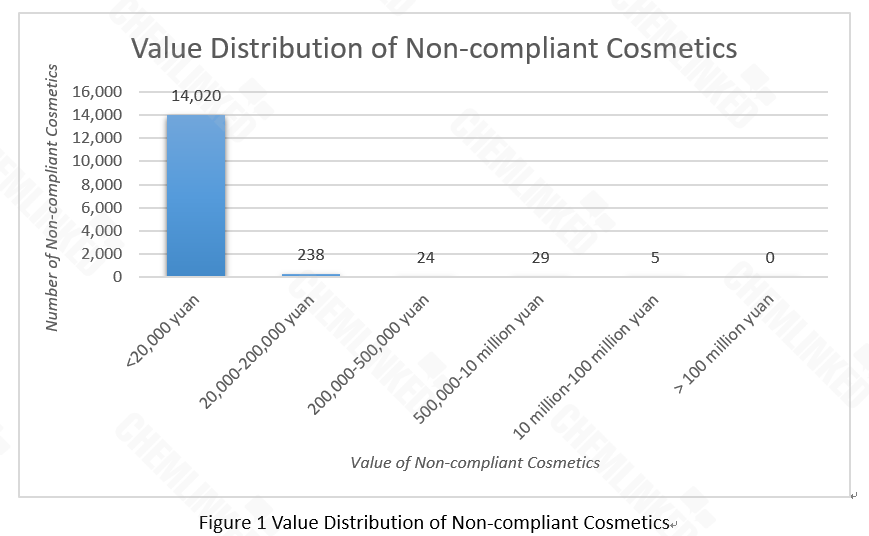 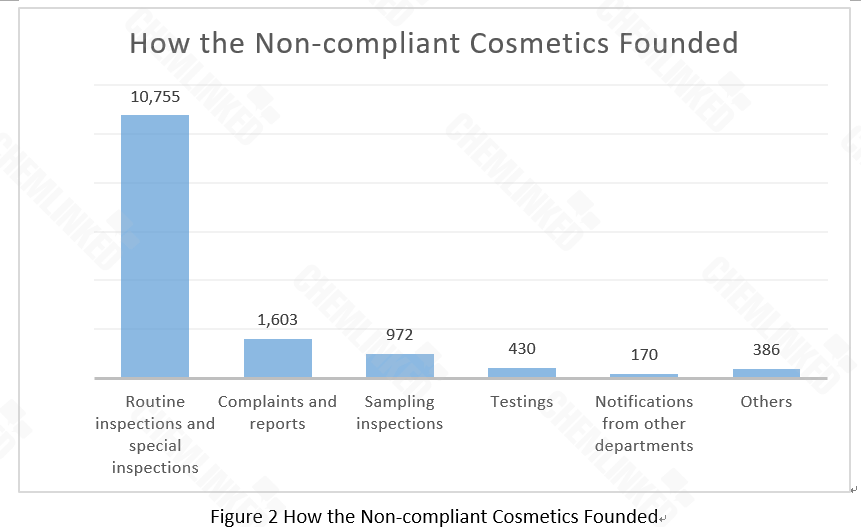 The main non-compliant enterprises were cosmetic operators and beauty salons, with 8,943 cases being investigated and 2,722 cases being punished. Most of them were located in Guangdong, Guangxi, Hebei, Zhejiang, and Sichuan province. 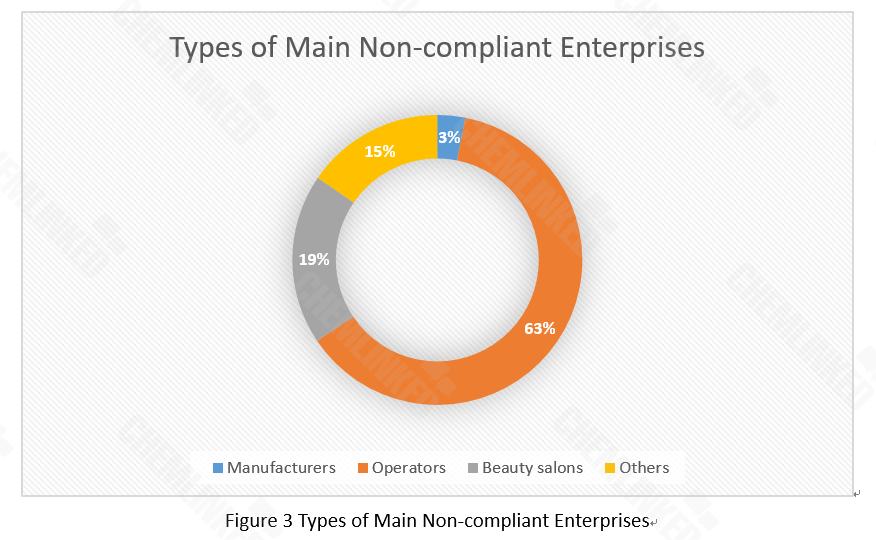 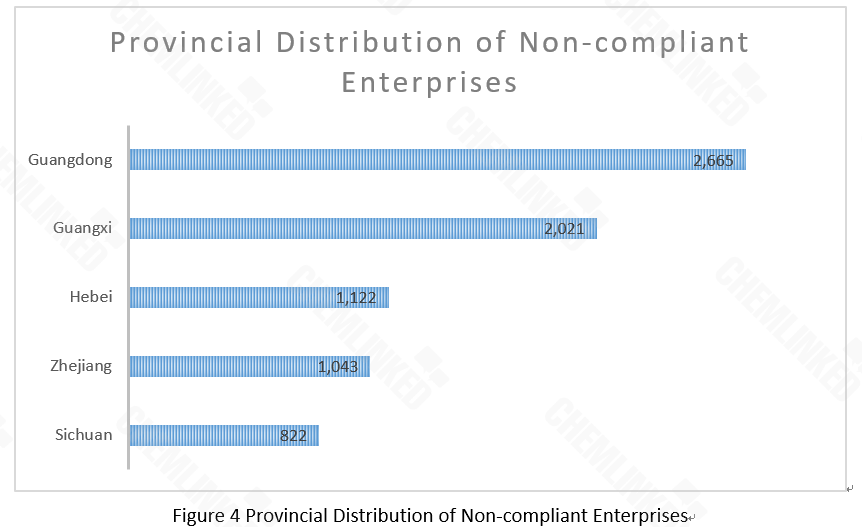 A total of 76.34 million yuan of fines were imposed on non-compliant enterprises. 5,342 counterfeit production and sales dens were destroyed. 625 enterprises were requested to suspend production and operation. 52 cases were transferred to judiciary authorities. 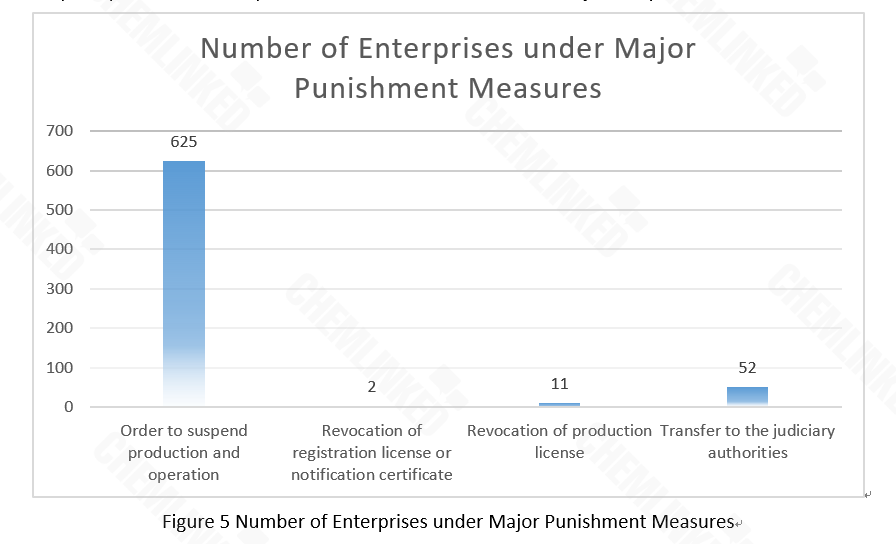 3. Licensing for and Routine Inspection on Cosmetics Manufacturers