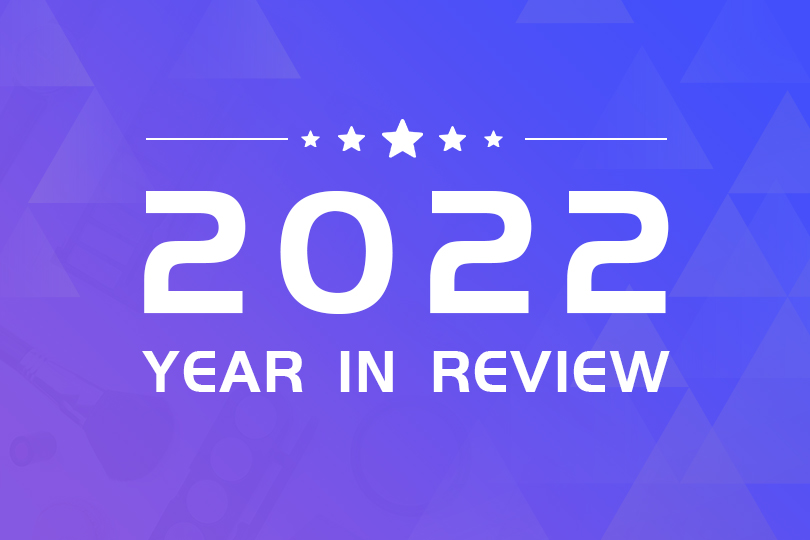 1. China Drafts the Safety and Technical Standard for Cosmetics 2022 (STSC 2022)

On March 31, 2022, China National Institutes for Food and Drug Control (NIFDC) released the draft of Safety and Technical Standard for Cosmetics 2022(the draft STSC 2022) for public comments, which is devised to supersede the existing overarching technical standard STSC 2015.

The draft STSC 2022 inherits the basic framework of STSC 2015. Still, it overhauls the original content, including revising the content that is unsuitable for the current supervision practice, retaining the content that is still applicable, incorporating the previous revisions for STSC 2015, as well as standardizing and improving some terms and expressions.

On April 1, 2022, the Ministry of Food and Drug Safety (MFDS) unveiled the updated Regulation on Safety Standards, etc., for Cosmetics. Seven kinds of perfluorinated compounds and persistent pollutants are newly specified as prohibited ingredients. New restricted colorants in hair dye products and their use limits are added. The regulation also clarifies the exemption situations that allow the use of radioactive substances, THC and CBD, as well as a fluorescent whitening agent in cosmetic products.

Then on September 5, 2022, MFDS published a notice to solicit public opinions on the modifications of Regulation on Safety Standards, etc., for Cosmetics. Five hair dye ingredients are proposed as prohibited for they are possibly genotoxic according to the authority's regular inspection results.

4. Taiwan Implements a New List of Prohibited Ingredients in Cosmetics

On July 1, 2022, Taiwan Food and Drug Administration (TFDA) officially implemented the latest version of the List of Prohibited Ingredients in Cosmetics. The list deletes Bithionol and Beryllium and Its Compounds due to entry duplication, and adds four ingredients, namely Alanroot Oil (Inula Helenium L.), Rauwolfia Serpentina L., Alkaloids and Their Salts, Yohimbine and Its Salts, and Tripterygium Wilfordii Hook.f.

From the effective date, the manufacture, import, sale, supply, and display of cosmetics containing the ingredients in the list are strictly prohibited.

On November 21, 2022, South Korea unveiled a notice to solicit public opinion on the new Guideline on Submission of Reporting Functional Cosmetic. The Guideline drafts the procedures to submit the report and the instructions for filling in the report in different situations. On December 1, the authority released the official version of the Guideline.

6. ASEAN Amends Cosmetic Ingredient Requirements in the Annexes of ACD

On January 7, 2022, Indonesia released and implemented the finalized Technical Requirements for Cosmetics Claims, replacing the previous 2015 version. The regulation clarifies requirements for cosmetic claims and attaches two lists of examples of prohibited and permitted claim. Claims that have been labeled or published prior to January 7, 2022, must comply with the finalized regulation before January 8, 2023.

9. Philippines to Modify the Requirements for Licensing and Inspection of Health Products, Cosmetics Included

On October 3, 2022, Philippine FDA launched the second round of consultation on the draft amendment to Administrative Order No. 2020-0017. Compared with the first draft, supplements are added to further clarify the requirements for the Qualified Person (QP) and the License to Operate (LTO) application. To ensure a smooth transition, Philippine FDA also sets transitional provisions for concerned establishments.

10. Thailand Updates the Cannabis and Hemp Regulations for Cosmetics

On June 9, 2022, Thai FDA released the revised criteria and requirements for the registration of cannabis and hemp-based cosmetics as well as a checklist of required registration documents. On June 22, 2022, it issued the cannabis cosmetic certificate templates and a Q&A collection. According to above documents, only four types of Thai domestic cannabis and hemp ingredients are allowed for use in cosmetics in Thailand. The four ingredients are:

Recap Webinar of the Year 2022

Want to know comprehensive cosmetic regulation updates in the key countries worldwide? On January 11, 2023, ChemLinked will hold a year-end recap webinar, providing an overview of revised and emerging cosmetic regulations worldwide over the year 2022. Through the webinar, we wish to help you catch the key regulatory points. Click the picture below for registration now! 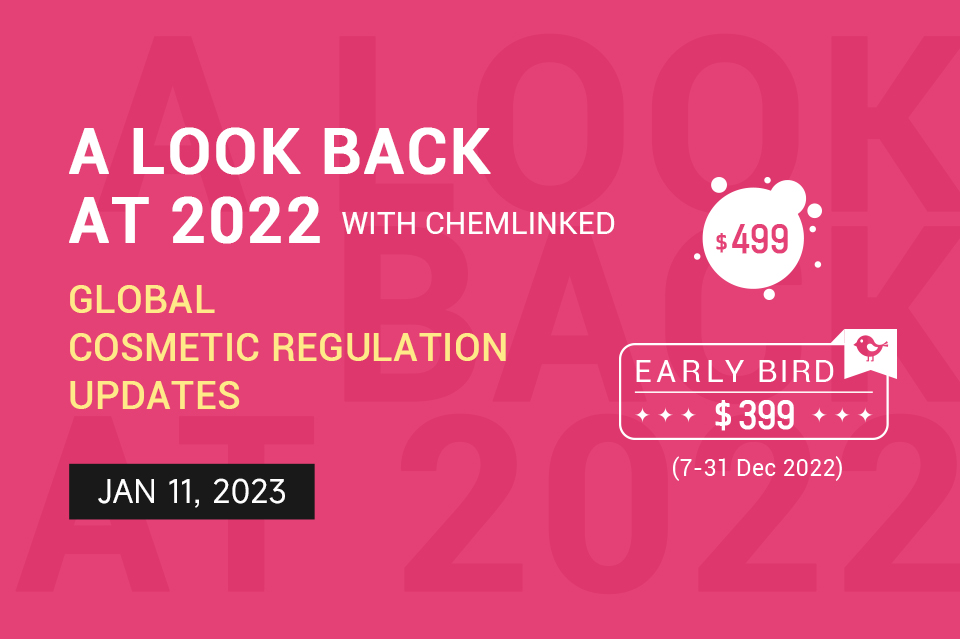